The MuseumsQuartier in Vienna 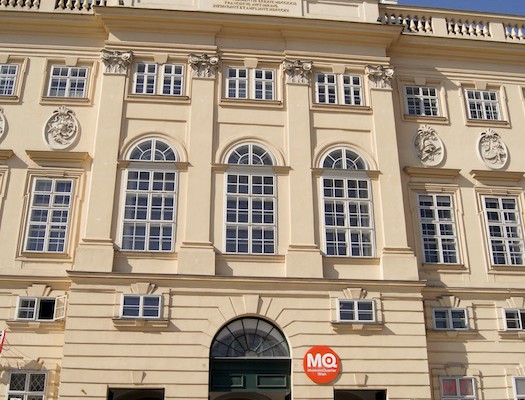 Formerly a home of horses – now the home of Arts & Culture

The MQ which today is one of the most famous and popular places of Vienna, has a long and not always simple story. The Museum Quarter in Vienna is an example of a successful synergy between baroque, classical and modern architecture, culture and modern spaces. We give a brief insight into the history, the spaces and the symbiosis of old and new, and made a small photo tour with explanations about the former use of the buildings we see today.

Many visitors that walk around the MuseumsQuartier or meet friends for a cup of coffee notice the beautiful horse heads looking down from the gates. Not all oft hem know that once this place was the home of horses and carriages. 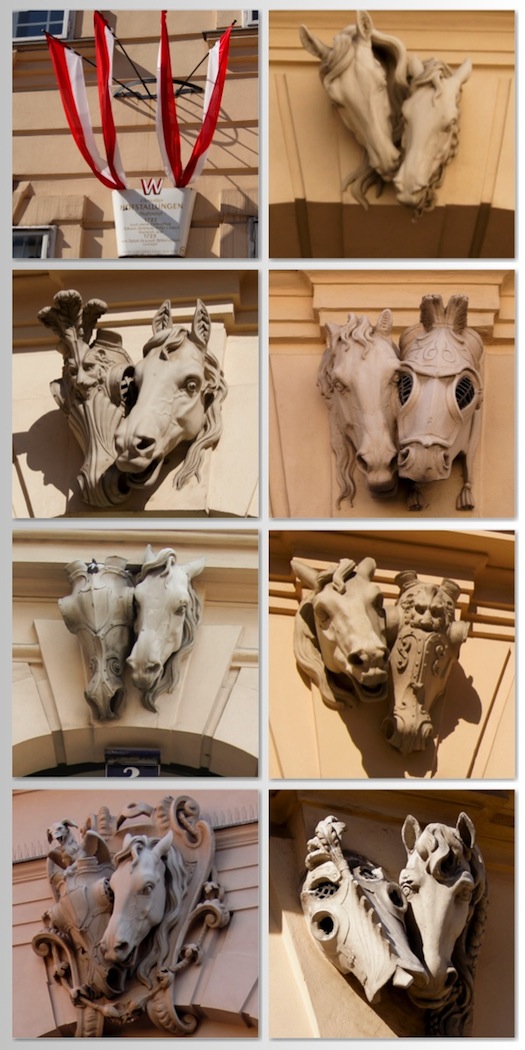 The cars we drive today were then horse and carts, and thus a space problem in the city – in beginning of the 18th century even town houses were used for stables, but that wasnt a long term solution. Emperor Charles VI commissioned in 1713 Johann Bernhard Fischer von Erlach with the construction of the stables on the edge of the glacis – in front of the outer castle gate. Today, the “Glacisbeisl” reminds of the green belt in front oft he defensive wall of Vienna, which protected the city from potential attackers. 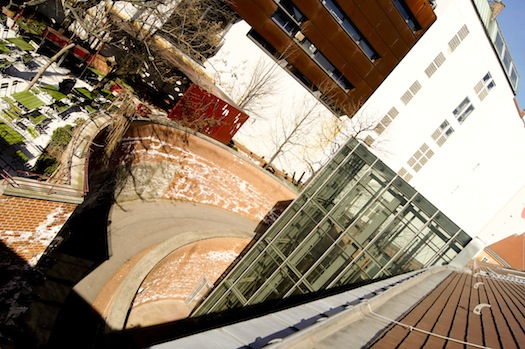 At the beginning it was designed for 600 horses and carriages the stables were already too small in 1764. 1809 Napoleon used the place as a bulwark – which led to bombardments of the stables and damaged many houses in Spittelberg.
In the mid 19th century Franz Joseph I. commissioned Leopold Mayer to transfor the stables and to built the Winter Riding School and the Summer hippodrome -with these expansions the Imperial stables reached the size of those in Versailles.
Empress Elizabeth I. built an arena for her circus horses in the „Sattlerhof“. This is now used as a library. Only the masks decorated with circus horses heads reminds of the original function. 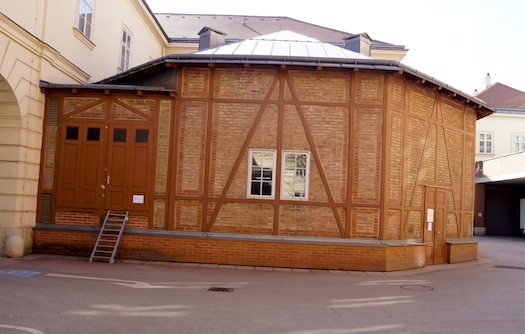 Soon the horses were replaced through the cars and garages were built. Three years after the collapse of the Austro-Hungarian monarchy, the royal stables were used as an exhibition space fort he first time. The Vienna Exhibition Office took over in 1922 so that it was called “Messsepalast” fort he first time. After the Second World War the history of the Museum Quarter as you see it today started. It took many full of changes and discussions until 1995 the preliminary drafts were submitted by architects Laurids and Manfred Ortner. After the opening of the „Kunsthalle“ in 2001 a building after another opened and the museum district started tob e what we know today: a central place of art and culture in Vienna. 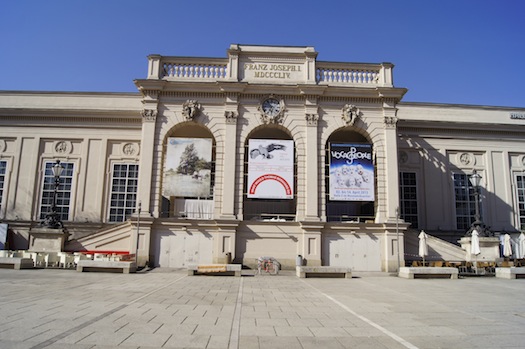 The synergy between the different centuries, designs and stories give this place a magical attraction for young and old, interested in art and culinary, sun worshipers and musicians. 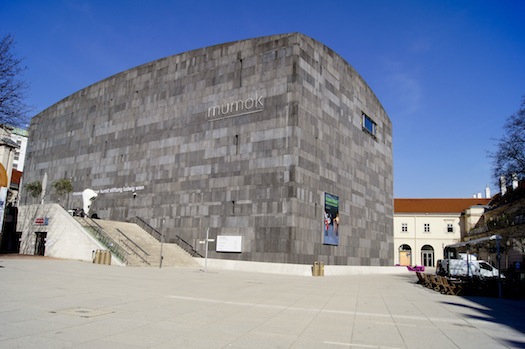 In winter as well as in summer, the Viennese people and tourists like to spend their time here. Especially in summer, many visitors spend their time on the so-called “Enzo”, the marvellous seating-accommodations that are presented to the public every year in a new colour. (For 2013, the fans have opted for a specific blue, in German called „Tröpfelbadblau“) 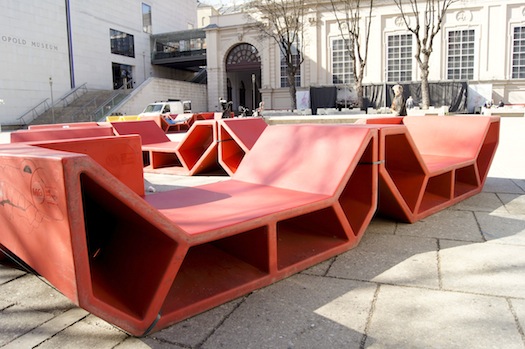 It is a perfect place to enjoy the sun, a coffee and read a good book – you should pass by! You may visit exceptional exhibitions, eat great food or get a cocktail in the evening – the Museums Quarter has so much to offer!