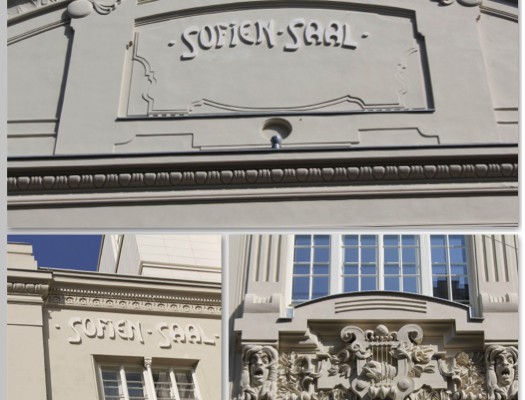 The Russian steam room, built in the mid 19th century by Franz Morawetz provides many memories of great feasts, balls and fun evenings in Vienna. There are many Viennese people who revel in memories, tell of wonderful nightsand describe the events they were able to visit here, in the 90’s, as “legendary”. But the Sofiensäle were a popular place for boisterous evenings in earlier times too. In 1845, whilst in summer known as Swimming hall, in winter the hall was used for concerts, events and balls. The old walls were famous for their incredible acoustics that were caused by the cavity under the hall – the pool. The first “Talking film” in Austria was shown here in 1913; the most advanced recording studio in Europe was built in these premises in 1950 in which the Vienna Philharmonic recorded until the 70’s. In the 80’s and 90’s – unforgettable balls, clubbing and exhibitions once again took place here. 2001 was a shock to many – the majority of the beautiful premises burned down and were completely destroyed. What remained was a burned-out shell consisting of exterior walls, foyer and three side walls of the Great Hall which all required historically appropriate restoration. After years of discussion and changes of ownership the renovation finally began in 2010 and was completed at the end of 2013. 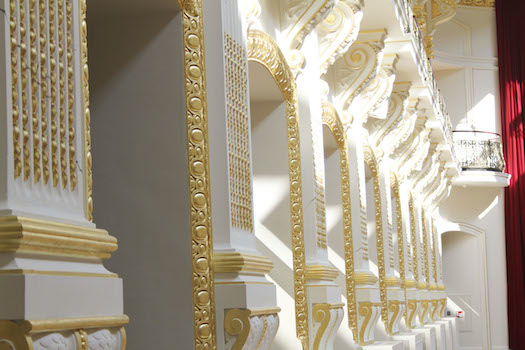 The new Sofiensäle were also opened immediately after finishing the renovations. The space now has apartments and garages – a fitness studio and a Restaraunt “The Room” that will soon open up and might get the new “place to beâ€ in Vienna. Of course the Sofiensäle will also stay a venue for parties, presentations, and more. 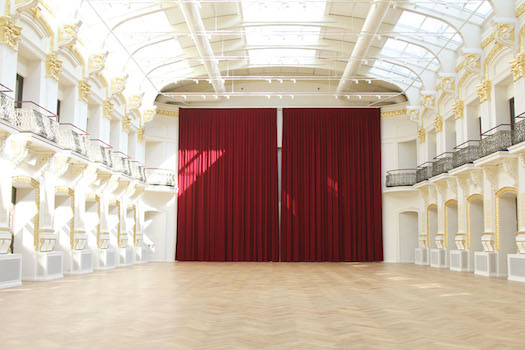 We took a tour and looked at the new Sofiensäle. What we found was a welcoming foyer, a great bar and an impressive great hall whose glass roof allows a lot of light to flood into this big room. 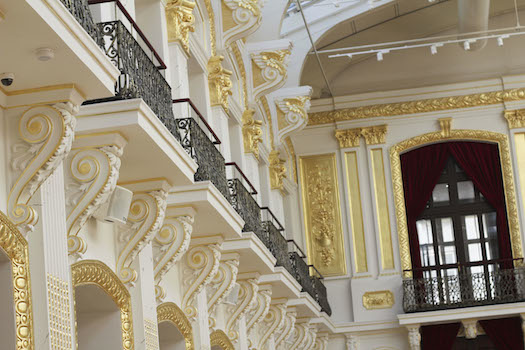 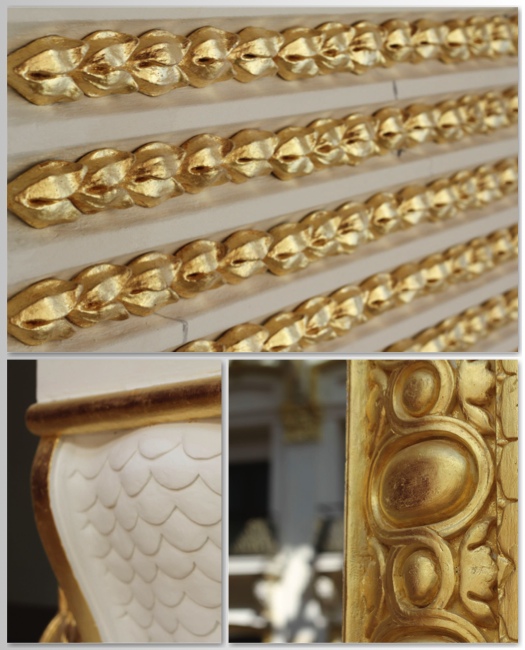 Here the white walls shine and the gilded stucco shimmers as brightly as in no other building in Vienna – a must-see. 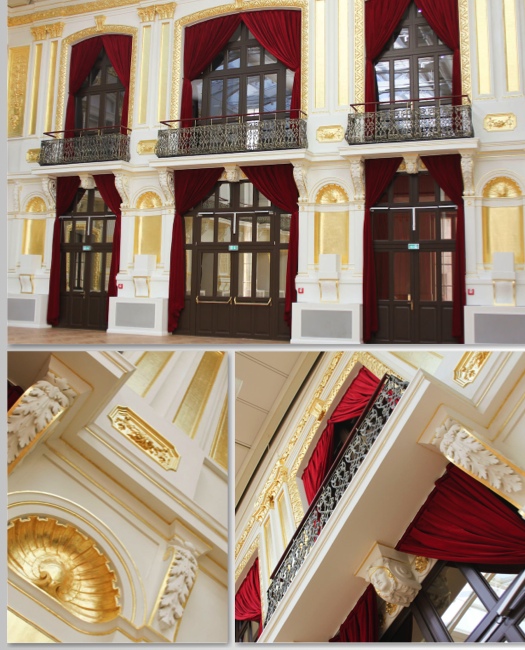 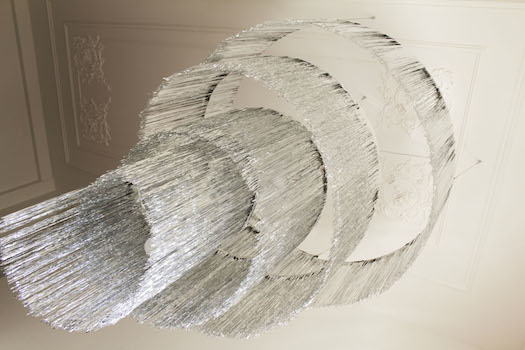 Beside the old stucco you will also find some modern elements like this huge chandelier.

A map how you can get to the Sofiensäle from our Hotel: