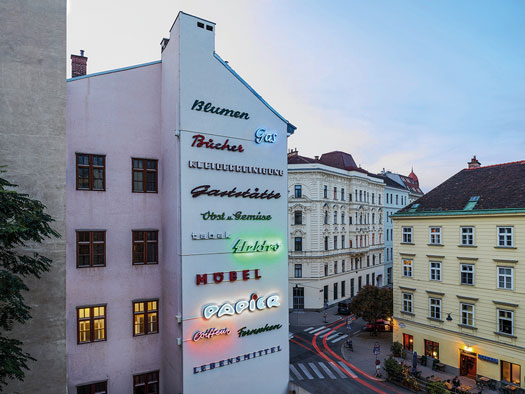 If you like to travel you try to get to know the peculiarities of a city. Architecture, road construction, infrastructure & Co are special for every city and make each one unique in itself. One of the things that you are perceived as a tourist – but not always aware of- are the writings on houses and facades.

However, the typography belongs to the impression you get from a city. Every city has its own signs and letters. Vienna has a lot of it.Typography is an important part of this city. It’s not just about logos of well known Austrian brands such as Manner, Aida or Sacher but also the names of the shops as “electrician”, “Installer” and more that have been used in other decades and still adorn some facades. 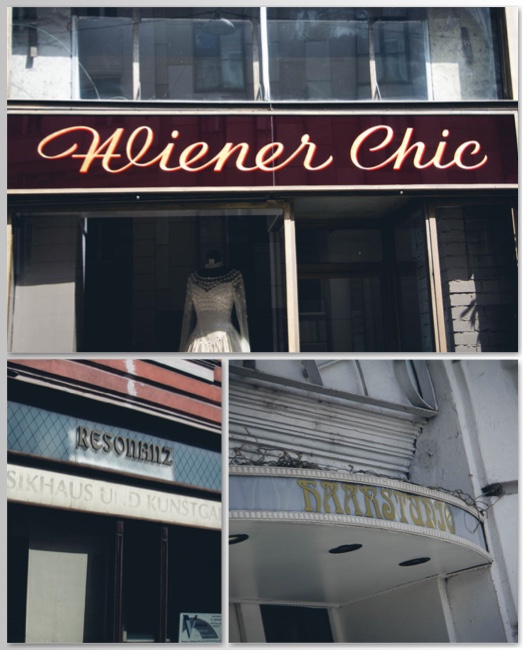 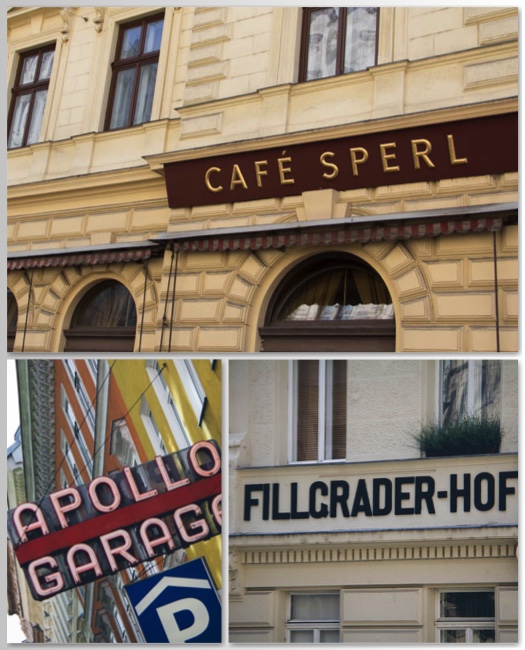 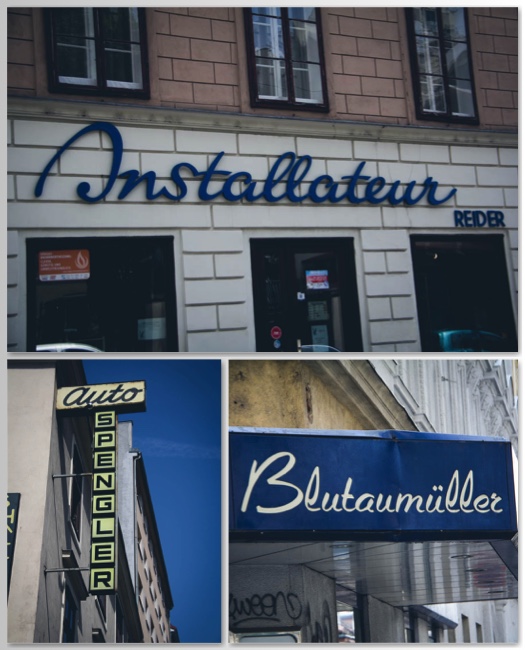 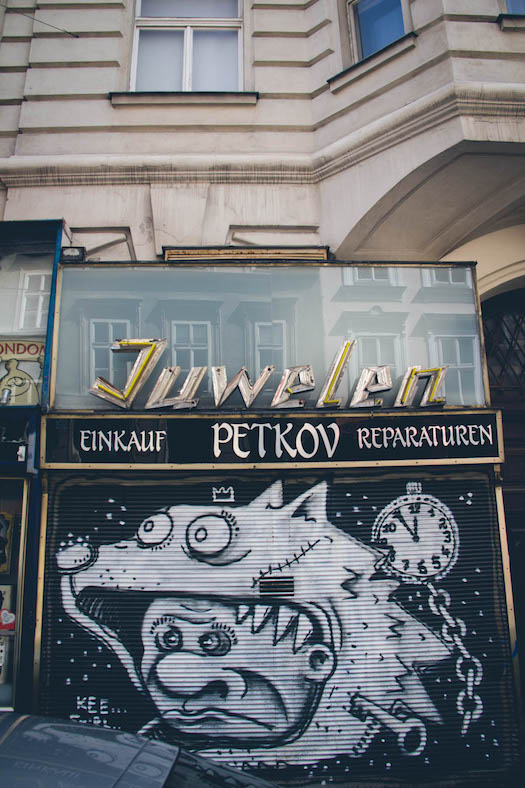 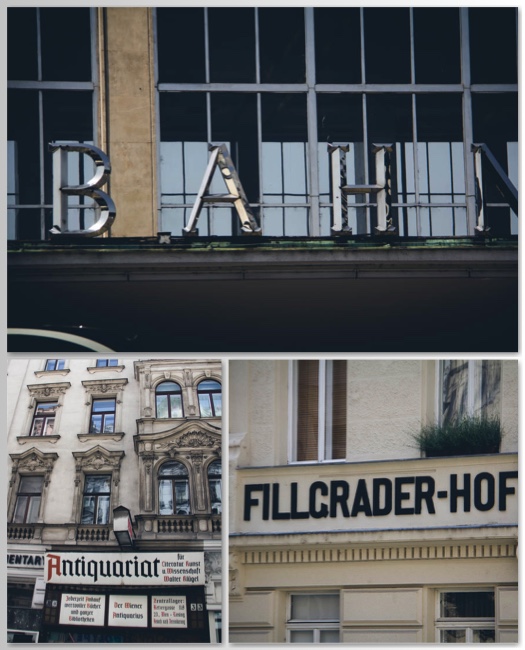 In Vienna there is the club “Stadtschrift” (city letters) which has its aim in preserving the different writings and place them back to the public area where people can see them. They place the script on fire walls. We made a walk through Vienna and captured some of the writings that characterize the City. Something for visual lovers like Graphic Designers.

Those who want to be inspired can visit the Typo-museum online -a collection of some marvelous old scripts:Typomuseum