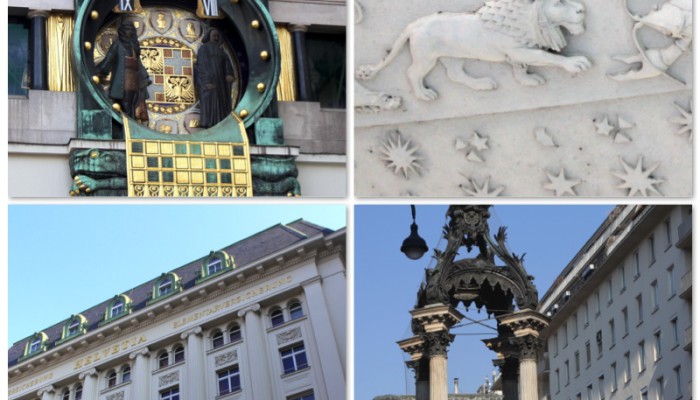 At noon every day, as for the past 100 years, the Anker Clock chimes in the Hoher Markt – the oldest square in Vienna – and presents 12 figures from history with background music. It attracts countless tourists to this square, as well as many Viennese that choose it as a meeting place.In 1861, the “Anker” insurance company gradually bought up the area and the Ankerhof was built, according to the plans of Ernst and Gotthilf and Alexander Neumann, which serves as the company’s headquarters. 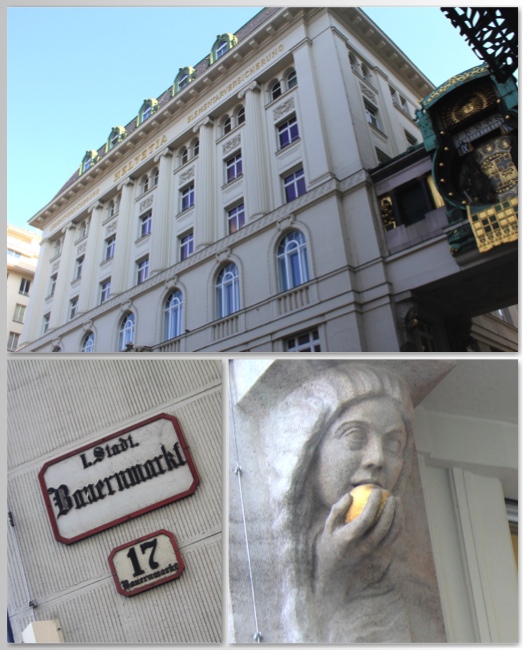 In order to join the buildings, the painter, Franz von Matsch, created the connecting bridge between the buildings which is known by outsiders as the Anker Clock: a musical art clock that not only communicates the time and history, but also the idea behind an insurance company: how quickly time passes – the transience of life. 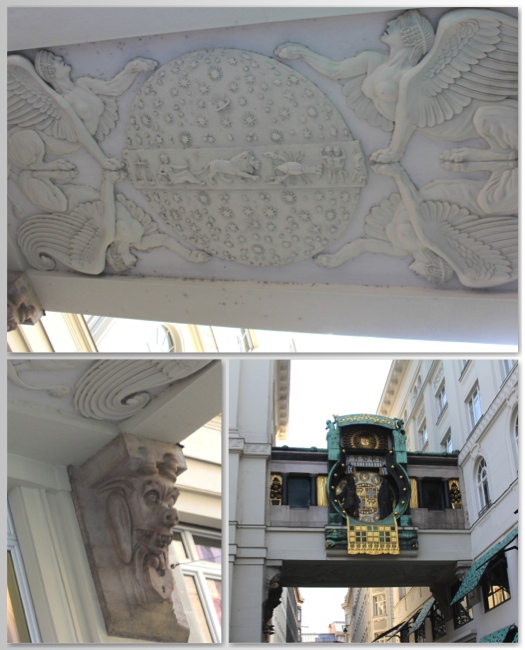 The art-nouveau-style bridge is supported by the figures of Adam and Eve, angel and devil. Sun and figures from life and death crown the middle. Overall, the clock has a diameter of four meters and bears the crest of the old Viennese citizens on the dial as well as twelve coats of arms with symbols of life: of work and family. Every hour, a different figure can be seen who achieved great historical importance in the city of Vienna over the centuries. Every 12 hours, the show starts again from the beginning 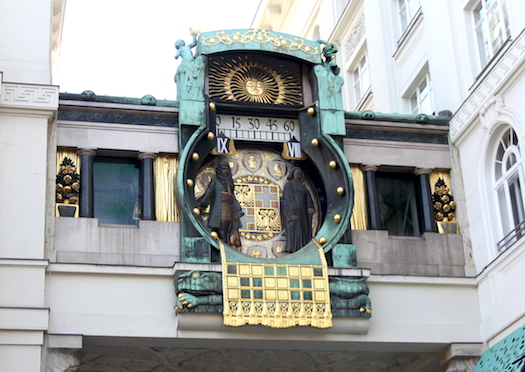 If you have the chance to be at the Anker Clock at noon, you can enjoy all twelve of the figures. The figures can be seen and music is played at the following times: 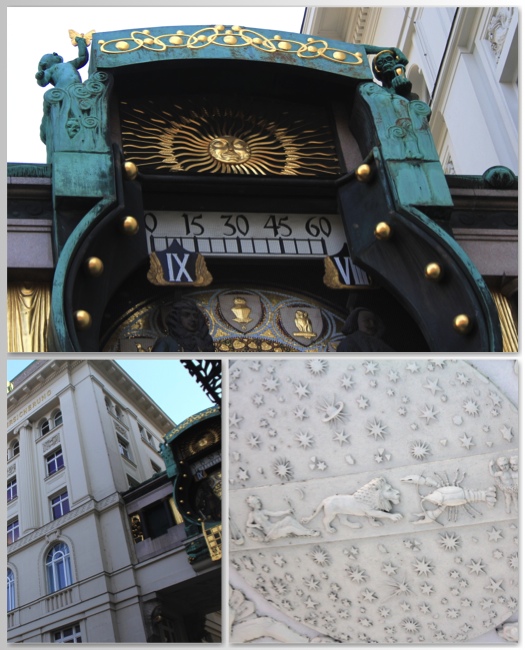 During Advent, the clock plays carols at 5 and 6 pm. A truly marvellous place and easily accessible from our hotel. If visiting at noon, you can also go to Figmüller for classic Austrian cuisine or try its famous Wiener Schnitzel.

Another tip: In the centre of the square stands the “Vermählungsbrunnen”, dated 1729-32 by Joseph Emanuel Fischer von Erlach which was built by order of Emperor Charles VI.For those who do not make it at 12 o’clock, here’s a video: