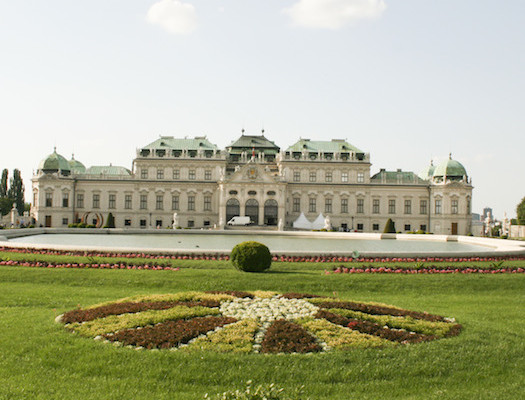 In the heart of Vienna, the Belvedere captivates visitors with its baroque charm. The palace, which consists of several buildings and a magnificent baroque garden, was built in the early 18th century. The architect Johann Lucas von Hildebrandt was responsible for the planning and implementation on behalf of Prince Eugene of Savoy, one of Austria’s most famous generals, as well as an important patron of the arts. He used the palace as a town house and furnished it with beautiful works of art. After his death the property was used primarily by members of the Habsburg Monarchy, its most famous resident was Archduke Franz Ferdinand who was killed in 1914. Images of the Belvedere eventually went around the world on 15th May 1955, as the then Foreign Minister Leopold Figl presented the signed Austrian Independence Treaty to a cheering crowd from the balcony. Today the palace is owned by the Republic of Austria and is used primarily as a museum. 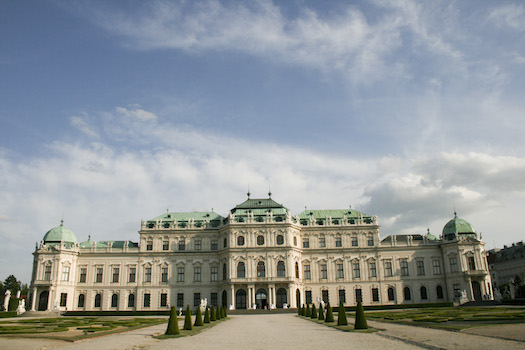 The focal point of the Lower Belvedere is the Marble Hall with a magnificent ceiling fresco by Martino Altomonte. The work depicts Apollo and Prince Eugene as youthful heroes bearing the papal tributes to Mercury. Particularly worth seeing also are the Marble Gallery with the three Herculaneum Statues, the Grotesque Room and the Golden Cabinet. 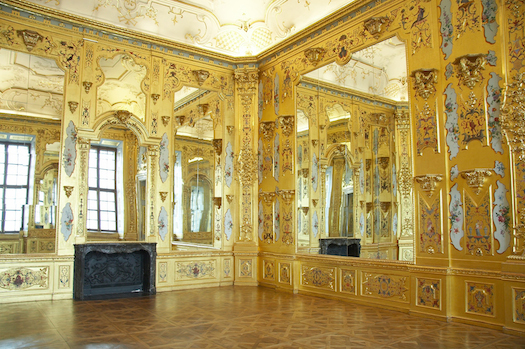 In an elevated position, separated from the Lower Belvedere by the garden only, lies the Upper Belvedere. The Marble Hall is a real feast for the eyes, adorned with a magnificent ceiling fresco by Carlo Innocenzo Carlone. Another ceiling fresco by the Italian artist and a beautiful altarpiece by Francesco Solimena can be seen in the Palace Chapel at the south eastern corner tower. Prince Eugene mainly used the Lower Belvedere as a residential palace, the Upper Belvedere, which was built later, served a representational purpose. Today in the magnificent rooms of the Upper Belvedere a large collection of paintings by famous masters from all art periods is housed. The centerpiece of the exhibition is the Gustav Klimt collection, which includes works such as the famous “Kiss”. 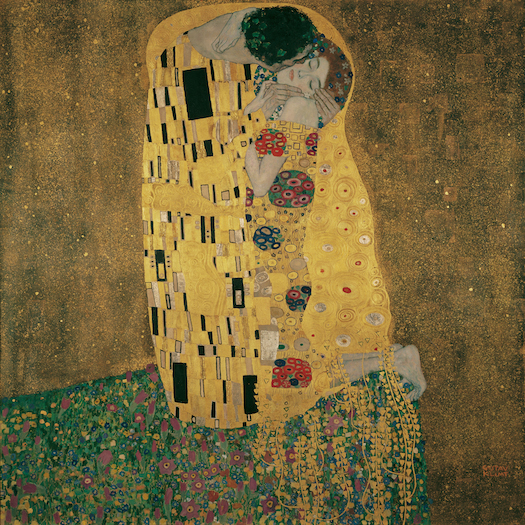 The Lower Belvedere, however, is primarily used for special exhibitions that illuminate different aspects of art.

The promotion of art by Prince Eugene is still regarded today. Constantly changing, special exhibitions are held in the Orangery, which once served the wintering of the orange trees, in the Winter Palace and the so-called “21er Haus”. 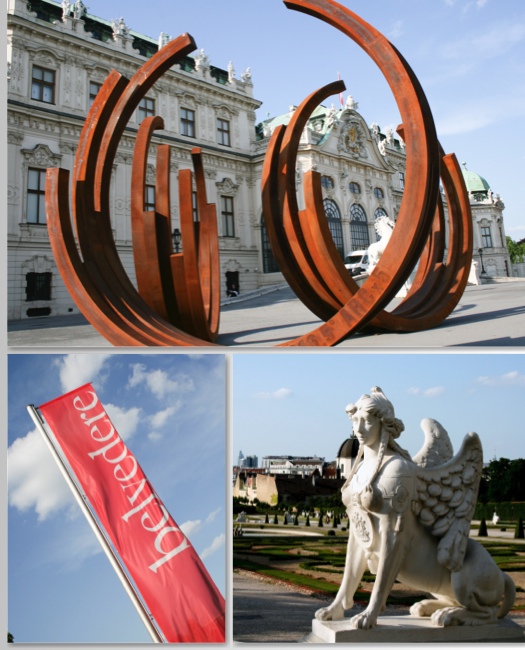 The beautiful facades of the different buildings with the backdrop of the magnificent Baroque gardens are worth a visit even for travellers who are not interested in art. The garden is beautifully landscaped and shows a series of sculptures that symbolise the ascent from the underworld to Olympus. The Botanical Garden of the University of Vienna is located right next to the grounds. 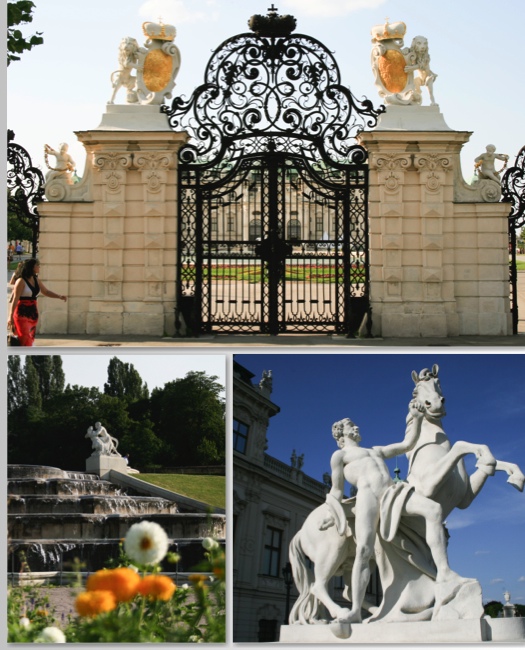 "What a nice family run hotel"