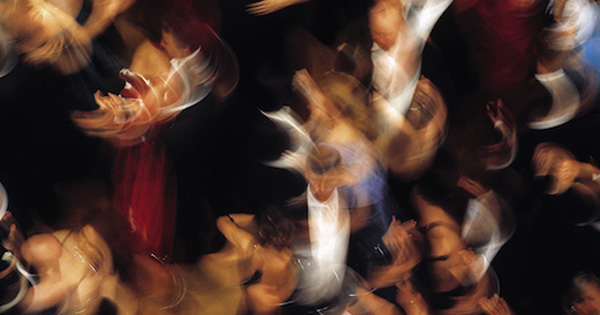 More than 450 balls are held in Vienna each year. The annual start of the ball season is the first day of Carnival on November 11. In January and February, Vienna enthusiastically celebrates at the numerous Carnival balls – a tradition that is loved and experienced by young and old. In this article, we present some information on the process and content of a ball and then introduce the most popular balls in the city. A list that of course cannot be a complete one due to the high number of events.

The tradition of the balls observes a strict protocol, and not only for the famous annual Opera Ball at the end of the Carnival season. A ball usually begins with an opening fanfare that announces the entry of the debutantes in the ballroom. They are followed by the eveningâ€™s guests of honour. Depending on the ball, the Austrian and European anthems are then often played. Next, the opening choreography is performed by the debutante committee. There are a number of different and very creative opening choreographies – but one thing can almost always be seen: the committee is usually very nervous and make small mistakes which only make the spectacle more charming. 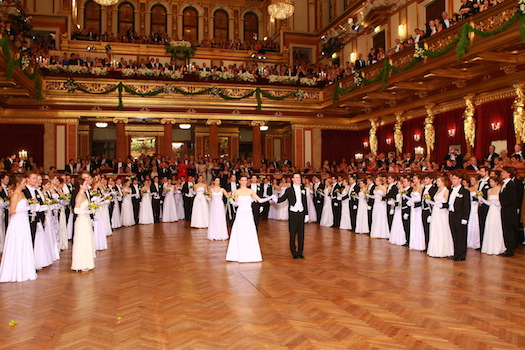 After the opening, a few words will perhaps be said and then “Alles Walzerâ€ (let the waltzes begin) will be declared. The command that makes all of the ball guests hurry to the dance floor to dance the first waltz. An incredible moment at every ball. But the programme is not finished here.
Traditionally, at midnight and at 3:00am a quadrille is danced. An unforgettable experience that we can only highly recommend to everyone.
To conclude the ball (usually at 4 or 5 in the morning), the orchestra plays the Danube Waltz, the Radetzky March and “Brüderlein fein,â€ the most famous song from Ferdinand Raimundâ€™s “Der Bauer als Millionärâ€, a theatre piece first performed in 1826. This is when you know the evening is coming to an end. 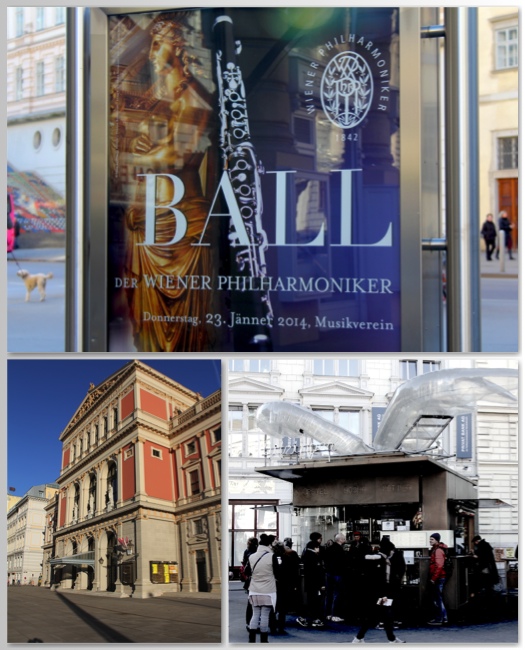 Most ball guests then go to one of the well-known sausage stands or go for a goulash soup in one of the few eateries that are still open at this hour, such as Cafe Drechsler or Gräfin vom Naschmarkt…., for example.
A small note for the ladies. At many balls there is a small gift for the female guests at the exit so that you have a memory of the wonderful evening.

Popular and famous balls in Vienna

Most balls are held between New Yearâ€™s Eve and the end of Carnival in February. We have put together a list of the most famous and popular balls. There are of course many more. You can find them in the ball calendar. You can find more information on the relevant websites or Facebook fan pages.

The Ball of Industry and Technology – Techniker Cercle

There are only a few balls that can demonstrate 150 years of tradition. This ball is devoted to music pieces and waltzes by famous composers – from Josef Lanner, Johann Strauß I to Johann Strauß II to Karl Komzak. One of the more exclusive and elegant Vienna balls and a wonderful opportunity to admire the Viennese Music Association in all its splendour.
In 2014, the ball will be held on Saturday, January 25.
Website

The traditional Kaffesieder ball is held every year in February. One of the most beautiful and popular Vienna balls that attracts more than 6,000 people. You can try out your dance moves here in the festively decorated Hofburg Palace and appreciate the beautiful atmosphere of the Kaiserpalast. A real must.
In 2014, the ball will be held on 21 February.
Webseite

“See and be seen.â€ Arguably the most famous Vienna ball is less about the dancing and more about the flashing of paparazzi cameras. Stars and starlets from all around the world meet here to introduce themselves and meet each other. It is a Vienna highlight that is broadcast on TV and watched by thousands of people. The ball is of course not only for its guests, but also for the dancing & opera performances which are given at the opening and finally for the decorative floral arrangements which are made of 40,000 blossoms.
In 2014, the ball will be held on Thursday, February 27.
Website 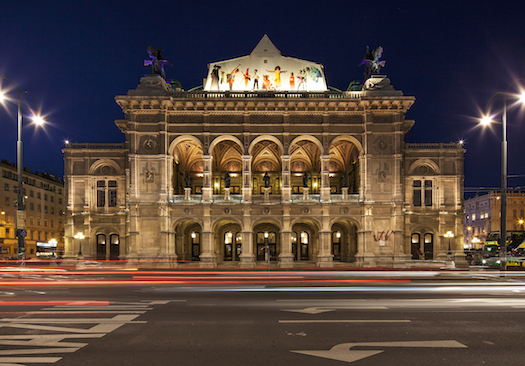 Every year the Vienna Philharmonic gets the New Year off to a great start for us with the most wonderful sounds in one of the most beautiful concert halls in the world. It is not only beautiful, but as many musicians say, also “unique.â€ Once a year the Vienna Philharmonic celebrates its ball here. A beautiful ball with an artistic atmosphere.
In 2014, the ball will be held on Thursday, January 23.
Website 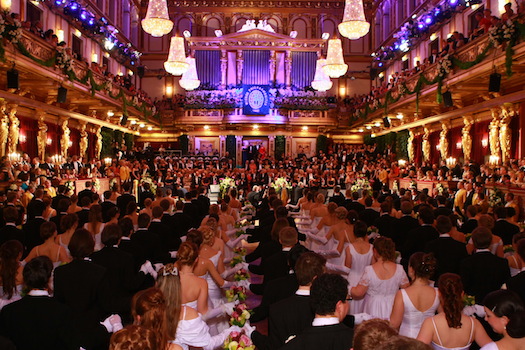 “Hooray!â€ An evening gown isnâ€™t needed here, because at this ball you wear traditional Austrian costumes: dirndls and traditional menâ€™s suits or lederhosen. At the Hofburg Palace young and old celebrate enthusiastically without having to worry about their gowns. Arguably one of the most amusing Vienna balls, but it is also one which is most difficult to get tickets for. It is certainly a must for anyone who wants to experience a ball in traditional Austrian costumes.
In 2014, the ball will be held on Monday, January 27.
Website

The Association of Austrian Journalists and Writers welcomes you to attend its summer ball at the city hall. This ball has been held for 150 years and attracts more than 2,500 guests.
Website

One of the biggest and most spectacular charity events in the world whose priority is the fight against AIDS. Every year, the ball is held for this cause, and you will find striking outfits and the most incredible fashionwear to go with it. In addition to the Life Ball song there is an incredible annual fashion show here, in which the biggest designers and fashion houses present their lines, e.g. Roberto Cavalli, Missoni, and Moschino. World famous celebrities such as Elton John, Sharon Stone, Milla Jovovich, Antonio Banderas, and many more appear on the red carpet here. A somewhat different ball that is not at all traditional but which cannot go unmentioned.
In 2014, the ball will be held on May 31.
Website

The Spanish Riding School holds the FÃ©tÃ© Imperiale annually, whose net proceeds go towards the breeding and conservation of Lipizzan horses. The enthusiastic celebrations take place in the most beautiful riding arena in the world. A wonderful summer ball that upholds the traditions of Kaiserin Maria Theresa.
In 2014, the ball will be held on June 27.
Website

"Great Hotel for a long weekend"