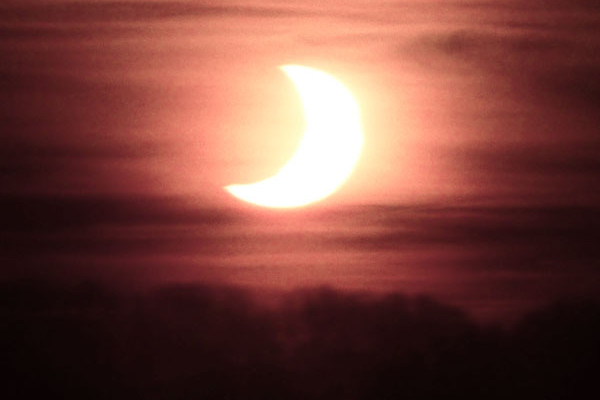 There is hardly an Austrian who can not name exactly where he was at noon of the 11th August 1999. On this day, the sky showed us a rare spectacle – a total solar eclipse. The next edition of the complete darkening of the sun is on the Austrian firmament expected in 2081 but only on Carinthia. The Viennese sky wont show a total eclipse before 2227.
Until then, amateur astronomers can appreciate one of the frequently occurring partial solar eclipses. In Vienna the next one will take place tomorrow, on 20th of March 2015. The sun will show up as a croissant in the sky – a 70% eclipse. The partial eclipse will start in the capital at 09:37 a.m. Then the moon will move from the upper right corner in front oft he sun. The maximum coverage will be seen at 10:45 a.m. and the cosmic shadow play will end at 11:57 a.m.
For the observation of a solar eclipse it is essential to wear eclipse glasses which are available in stores. In the case you watch the eclipse with your naked eye or with binoculars or telescopes your eyes can be damages seriously! 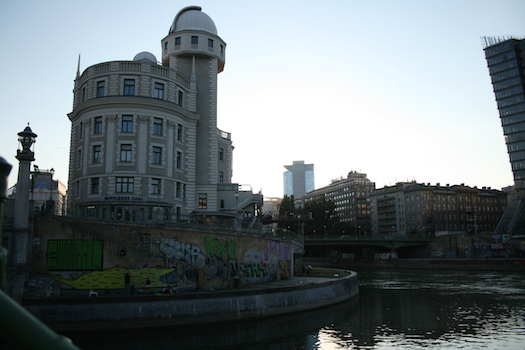 The Viennese observatories and universities are well prepared for the cosmic event and offer visitors in addition to the possibility of observing the eclipse also some interesting program about the topic.
The Institute for Astrophysics invites to the astronomy day at the Observatory of the University. On the expected clear day the spectacle can be observed live using smaller telescopes, binoculars and a radio telescope as well as on a computer in the observatory. In addition, there will be held lectures on the topics “eclipses” and “Radio Sun – Jupiter and radios back” for a good portion of theoretical knowledge. At Maria Theresa Square – between Arts and Natural History Museum Vienna – the Working Group for Astronomy will offer the possibility to view through solar telescopes.

One particular hotspot for the cosmic shadow play is Vienna’s most famous observatory: the Urania. In addition to the solar eclipse, which can be enjoyed thanks to special filters without danger, you can visit short Infotalks in the top floor oft the community college. 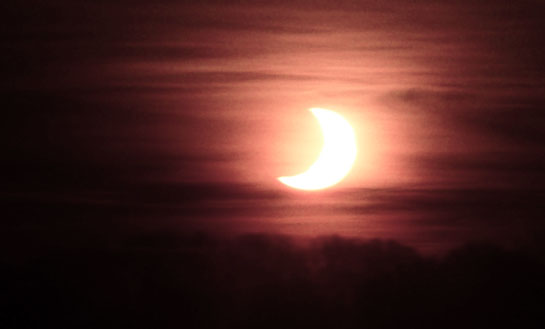 Right on the Heldenplatz, in the area of the Archduke Karl Monument, the Association of the Kuffner Observatory is organizing a public observation. Unlike in the Urania observatory goggles are here essential.

If you have time you should not miss the natural spectacle. Until 2026 we will only have insignificant partial eclipses in Vienna.