Round trip of the Ring before Spring

We already reported about the most impressive boulevard in the world. This time around we set off ourselves, and took some new pictures of the Ringstraße for you, discovered new stuff, and captured some of the latest for you. It is difficult to imagine Vienna townscape without the beautiful Ring – as important street, as part of Austrian history, as boulevard, as a meeting place, and more and more also as part of Vienna restaurant rows, for here new high-class eateries open all the time.

To make things easier, we shall explore the Ring with you section by section – there are 9 of these altogether – and show you our highlights of the Ring. We shall start at the Franz-Josefs-Kai on the River Vienna, go all around the centre of the city, and back again to the Kai. The boulevard starts off with the Stubenring, located at the site of the former Stubentor. 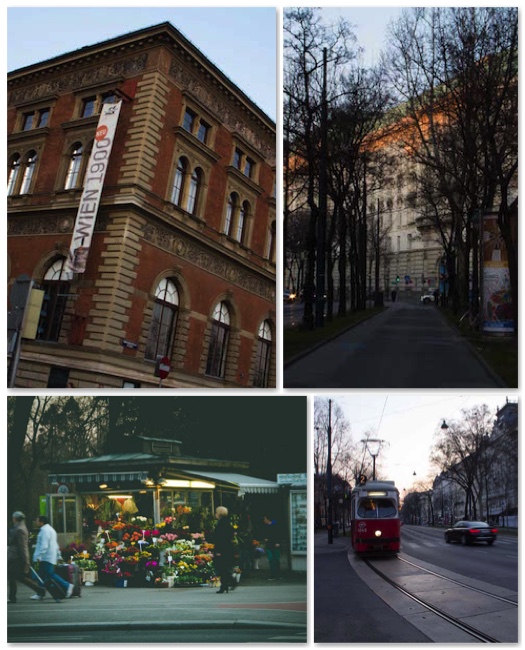 Apart from the beautiful building of the Viennese Postsparkasse (Postal Savings bank), the former defence ministry, and the Museum of applied Art, the Urania with its observatory is probably the most striking building along this street section.

Immediately next to it (but on the Kai and not really at the Stubenring) is the popular Motto on the river where you can enjoy the sun, apart from good food. 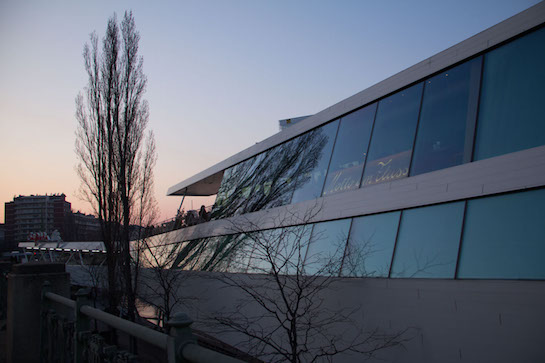 The Stubenring is adjoined by the Parkring, stretching along the Stadtpark, which we passed when we explored Viennas parks. This park is not only the largest green space of the city centre, but also contains numerous monuments of famous Austrian composers.

The next section is dedicated to the outstanding musician, Franz Schubert. The Schubertring runs from the Parkring to the Schwarzenbergplatz. You will find many new eateries in this part – one that we would like to recommend is the Liebsteinsky, outshining others with its excellent cuisine. 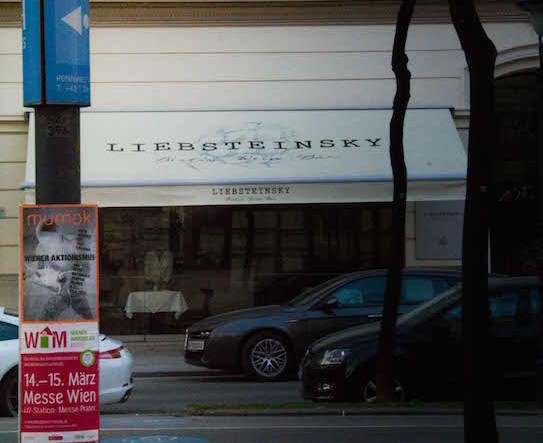 Like the Stubenring the next street section was named after the former city gate. Already in the 19th century the Kärntner Ring was one of the most popular promenades of the city. Even today this section is in no way inferior to the former splendour, considering its luxury hotels such as the Imperial – where you can enjoy excellent Viennese cuisine at the Cafe – and the Bristol, or the shopping-mall Ringstraßen-Galerien. 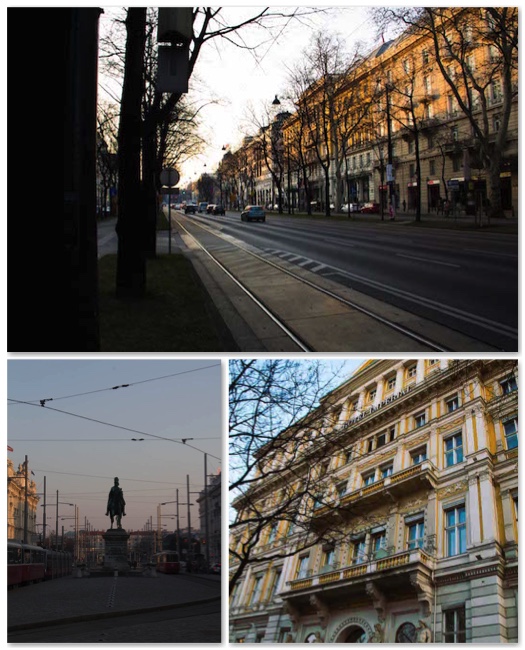 The Opernring extends from Kärntner Straße to Eschenbachgasse, and of course the most imposing building there is the Viennese State Opera. Not least due to the annual opera ball the former imperial and royal Hofoperntheater (court opera theatre) is world famous. 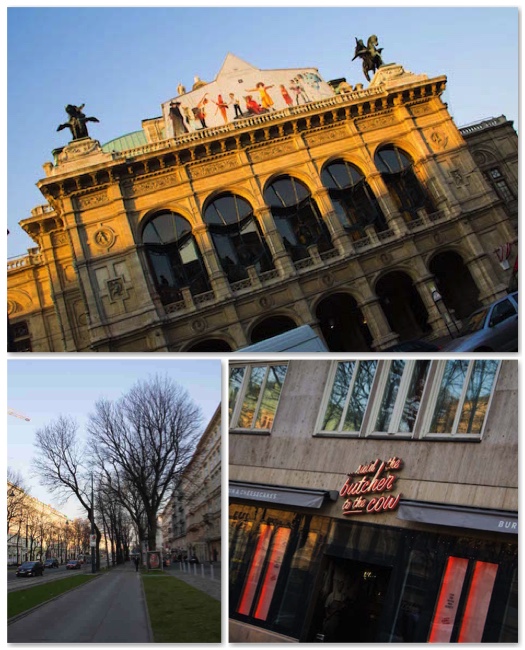 The Opernring is followed by the Burgring, running behind the Hofburg. Particularly imposing in this street section are the Museum of Art History and the Natural History Museum, separated only by the beautiful Maria-Theresien-Platz, which we described in an earlier article. Along the Dr. Karl-Renner-Ring, named after the former Federal President, the parliament is situated. The building in neoclassical style looks directly onto the Volksgarten opposite it where you can sit comfortably in summer, and also spend long evenings.

The Universitätsring naturally houses the university, as well as one of the most important buildings of Vienna: the Neo-Gothic Rathaus (town hall), and the Burgtheater, built in the style of high Renaissance. You cannot only visit the theatre here – there is also excellent food available in the vestibule. And directly next door you have the famous Cafe Landtmann. 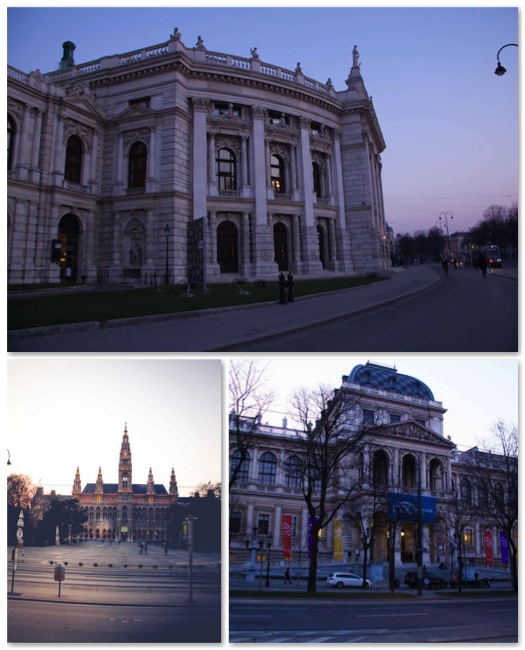 The Schottenring, again named after the former city gate, runs back to the Franz-Josefs-Kai. Along this stretch you will find both historical buildings, and more recent ones. Worthy of mention are the Wiener Börse (Viennese Stock Exchange), built in 1877, or the Ringturm, adorning the townscape only since 1955. 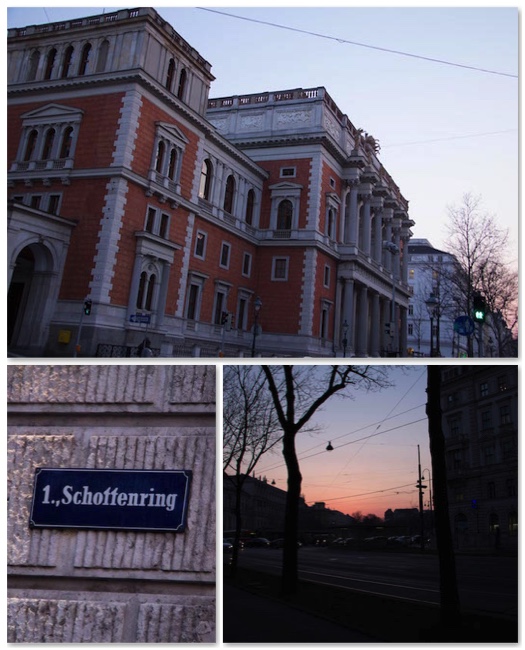 At the Franz-Josefs-Kai you connect with the Stubenring again, having completed a spin. 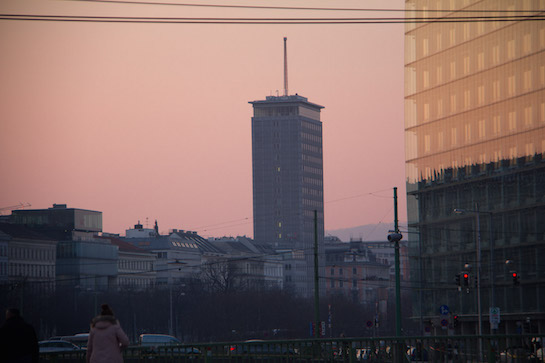 If you want to travel around the Ring, you can do so with tram lines 1 and 2 – simply get on and change at Schwedenplatz – here you can see everything compactly at once.